Guilty verdict for all three defendants in killing of Ahmaud Arbery

All three defendants were found guilty of murder in the February 2020 killing of Ahmaud Arbery. The nearly all-white jury in Glynn County reached its decision on Wednesday on Day 2 of deliberations in a racially charged case that has become one of the most-watched trials in the nation amid a reckoning over racial justice. Gregory McMichael, 65, his son Travis McMichael, 35, and William Bryan, 52, were charged with murder, false imprisonment, and aggravated assault 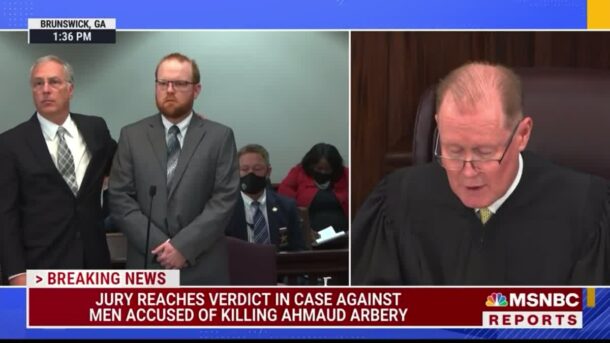 Our country has a two-tiered justice system. One for the rich, white, Republican. One for the poor, often Black or brown. It is especially bad in the deep south, where racist views are still deeply held, although many try to hide them, especially when getting scrutinized to be placed on a jury where race is a factor. In the horrific case of the murder or Ahmaud Arbery, the young Black man who was murdered by 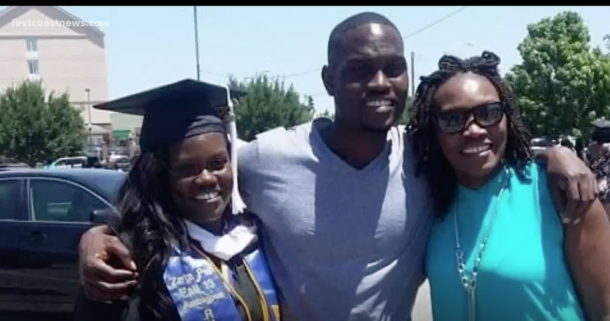 We interrupt some dumb Thanksgiving recipe posts to bring you some welcome, excellent news: The three white men who chased down Ahmaud Arbery in Georgia and murdered him for the crime of jogging have been found guilty on almost all counts. The piece of shit son was guilty on all; the piece of shit father was guilty of all except “malice murder,” as he was not the one standing over Arbery shouting the n-word; and

A jury has convicted three men charged with felony murder in the fatal shooting of Ahmaud Arbery last year in Georgia. Travis McMichael, his father, Greg and William ‘Roddie’ Bryan were charged in the February 2020 killing of the 25-year-old Arbery, who they baselessly suspected of criminal activity as the Black man jogged through their Glynn County neighborhood. A jury in Brunswick, Georgia, deliberated for less than 12 hours before convicting the men on multiple

A jury in Brunswick, Georgia, on Wednesday afternoon found all three defendants involved in the 2020 shooting death of Ahmaud Arbery guilty of murder. Gregory McMichael, his son Travis McMichael, and their neighbor William “Roddie” Bryan Jr., were all convicted on multiple homicide counts. All three face life sentences. The jury took over 11 hours across two days to deliver a strikingly forceful set of verdicts, which varied only slightly between the defendants. Travis McMichael 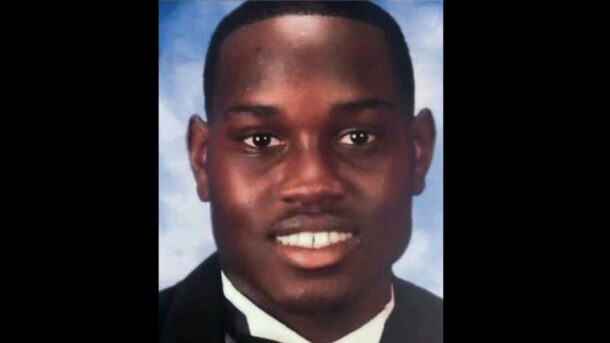 Joy Reid Celebrates Verdict: ‘Racist Tactics of the Defense did Not Work on a Nearly All-White Jury’

MSNBC host Joy Reid praised a Georgia jury Wednesday for finding three white men guilty of murdering Ahmaud Arbery. The jury found Travis McMichael guilty on all charges including malice murder, felony murder, and assault in the killing of 25-year-old Arbery, who was out jogging in February 2020 when he was chased down and fatally shot. Gregory McMichael, Travis’ father, was found guilty on almost all charges, except for malice murder. While William “Roddie” Bryan,