Memorializing the victims of last month’s shooting spree at local massage parlors, Atlanta media have sounded like family members giving duplicitous eulogies for deceased relatives they trashed while alive. Unfortunately, one way for anyone with proximity to the sex industry to be respected in America is for them to be gunned down in a senseless massacre. “The four women now identified as victims on Piedmont Road are being remembered as loving mothers and good friends,” WSB anchor

Reporter’s Notebook: Is Georgia being boycotted?

Georgia health professionals have administered 4 million doses of the COVID-19 vaccine to residents.  The state passed 3 million shots as of March 19, according to Gov. Brian Kemp, meaning the state distributed 1 million shots in 15 days. Still, Georgia has the lowest percentage of residents fully vaccinated out of all 50 states, according The post Reporter’s Notebook: Is Georgia being boycotted? appeared first on SaportaReport. SaportaReport Read More 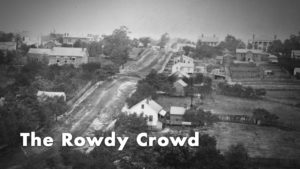 His honor, the saloonkeeper

Following the granting of an official charter by the State of Georgia, the City of Atlanta was obligated to elect a city government. If the number of fistfights that broke out in the city are any indication, Atlantans apparently felt very passionate about the person who should hold the title of Atlanta’s first mayor. The The post His honor, the saloonkeeper appeared first on SaportaReport. SaportaReport Read More 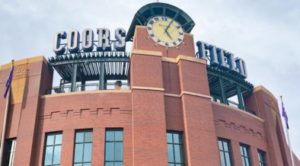 Georgia vs Colorado: Who does voting better?

This summer, Coloradans will enjoy the economic fruits of Major League Baseball’s All-Star Game, thanks to Georgia’s controversy over how it plans to handle future elections. In a last-ditch, good-riddance jab, Gov. Brian Kemp in an appearance on Fox News blasted MLB’s decision to leave Georgia for Colorado saying both states have similar voting regulations. So who’s The post Georgia vs Colorado: Who does voting better? appeared first on SaportaReport. SaportaReport Read More

The implosion that is today’s Republican Party, choosing Trumpism – whatever it means beyond blind personal loyalty to a would-be king – and principled conservatism that veers from the idolatry is growing in intensity. It is something to heed as another signal for the triumph of emotion over serious information. Normally, I try to stay away from the tactical inside-baseball stuff of politics; it is not that interesting or determinative unless one is part of

US Gun Violence Is an “International Embarrassment,” Biden Says

Less than a month after mass shootings in Atlanta, Georgia, and Boulder, Colorado, left 18 people dead, President Biden called gun violence an “international embarrassment,” called for a ban on assault weapons and high-capacity magazines, and announced a series of executive actions aimed at restricting access to firearms. “Enough prayers,” he said in the Rose Garden Thursday. “Time for some action.” Biden insisted that none of his executive actions violate the Second Amendment’s right to