The strange, sad story in France of the hashtag meme, #MeTooGay, took a tragic turn on Tuesday, February 9th.   It all began a few weeks ago when, on January 21, a 20-year-old activist within the French Communist Party (PCF) tweeted an accusation that he had been raped two years ago by one of Paris’ The post #MeTooGay appeared first on Georgia Voice – Gay & LGBT Atlanta News. Georgia Voice – Gay & LGBT

As Russell T. Davies tells it, he could have written his acclaimed new series “It’s a Sin” a while ago, but, busy with all sorts of other projects, he didn’t get around to it until recently. The openly gay driving force behind both the UK and American versions of “Queer as Folk,” as well as The post A Look at HBO Max’s ‘It’s a Sin’ appeared first on Georgia Voice – Gay & LGBT Atlanta

Her voice was legendary, as were some of the battles she faced in her career. Lee Daniels’ new film, “The United States vs. Billie Holiday,” revisits the life of the iconic, openly bisexual singer.   Andra Day makes her feature film debut here, starring as Holiday in a role that has earned her a Golden The post New “United States vs. Billie Holiday” Revisits the Legendary Singer appeared first on Georgia Voice – Gay &

A Tale of Black Bourbon Confusion

The website AfricanAmericanHistoryMonth.gov describes this time of year as a time for paying tribute to the generations of African Americans who struggled with adversity to achieve full citizenship in American society. I believe this year, more than ever before, other races are honoring those efforts as well, especially after witnessing the atrocities of 2020. However, that doesn’t The post A Tale of Black Bourbon Confusion appeared first on Georgia Voice – Gay & LGBT Atlanta News. Georgia

One of the heroes of the 2020 election turns out to be as creepy and morally corroded as the president it helped oust. While producing media clips worthy of a Peabody Award for public service, the leaders of The Lincoln Project are alleged to have ignored warnings that one of their co-founders was a gay The post Stolen Fruit: Downfall of a Closeted Gay Predator appeared first on Georgia Voice – Gay & LGBT Atlanta 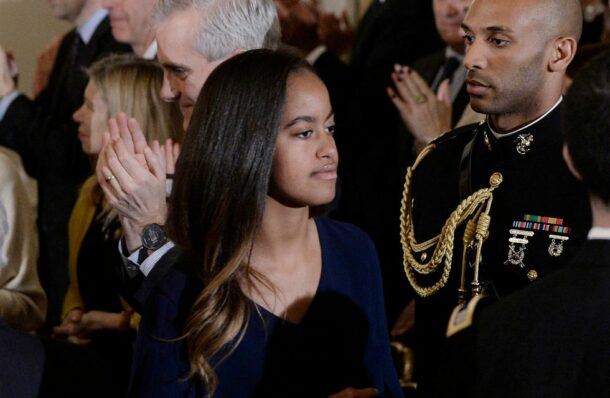 Malia Obama is getting in formation. The former first daughter has joined the writing staff of Donald Glover’s new Amazon show, “Hive,” according to the Hollywood Reporter. Details are scarce on both the 22-year-old’s job responsibilities and the project itself, but the Hollywood Reporter described it as revolving around a “Beyoncé-like figure.” “Hive” is the first expected show from Glover’s new reported multiple-year, eight-figure overall deal with Amazon that takes him away from FX, where