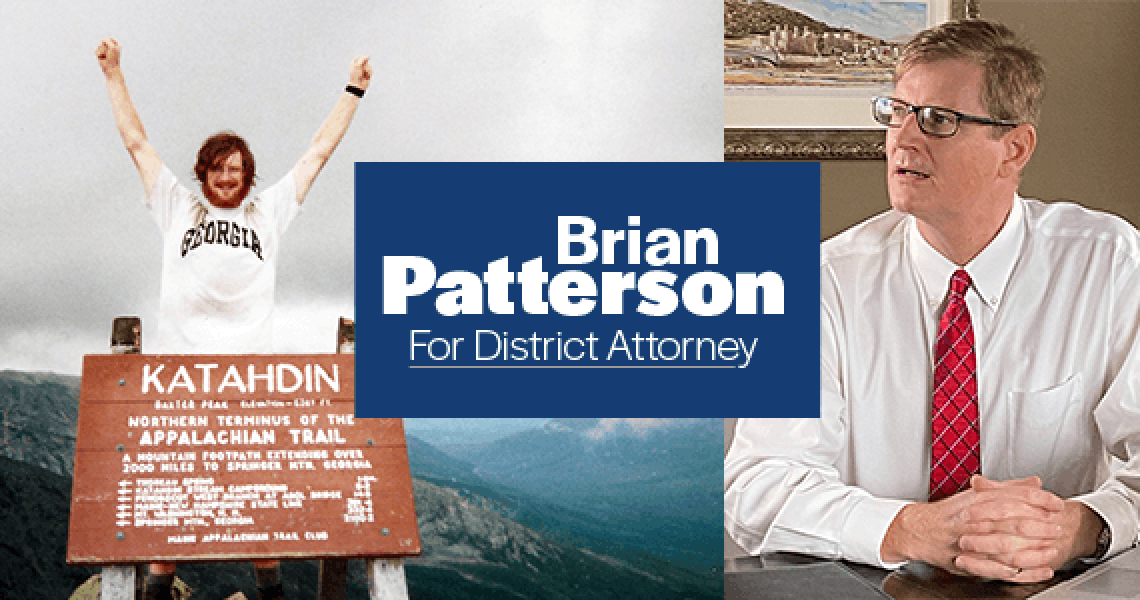 Let me introduce you to an incredible candidate for District Attorney, Brian Patterson.

This year, Brian started serving as our District Attorney when his boss retired. As chief ADA, he was next in line to run the office.

While Brian has more than 18 years of experience in criminal courtrooms, you still may not know him. That’s because he’s a prosecutor, not a politician.I’ve come to know Brian Patterson over his many years serving and protecting Athens-Clarke and Oconee Counties, so I’d like to share his story with you.

Brian comes from a long line of public servants; his mother was an educator, his father helped pioneer accessible personal computers and his grandfather was an elected prosecuting attorney that later served two Democratic governors.

Brian was encouraged to follow in his grandfather’s footsteps, so he pursued his education at UGA and became a Double Dawg; having earned his undergraduate degree at The University of Georgia and his J.D. from UGA’s School of Law.

After graduating, he took his grandfather’s advice to “make a good living”, and began working at one of the most successful private law firms in Atlanta. But Brian wasn’t in it for the money; something was missing, but he couldn’t quite figure out what it was.

So, Brian spontaneously decided to quit his job in Atlanta and do a little soul searching on the Appalachian Trail.

He began his thru-hike on April 8, 2001, and finished the hike on September 18 — just a week following the September 11 terrorist attacks. Needless to say, the world he was returning to was a completely different place.

When he heard the news about 9/11 he was heartbroken, yet inspired, by the stories of countless American heroes who stepped up to make a difference in the midst of a horrific tragedy. That was the moment he realized his purpose in life: to safeguard his community and advocate for those who had been wronged.

After returning home to Athens, Brian began working under the District Attorney as a prosecuting attorney, representing the people of Athens-Clarke and Oconee Counties.

Now, 18 years later, he is our District Attorney and running to be elected to that office on November 3.

I know that Brian Patterson has the experience, dedication, and the right intentions to be the District Attorney that Athens-Clarke and Oconee Counties need.

I hope you’ll continue to vote blue and vote to keep Athens-Clarke and Oconee Counties in good hands.