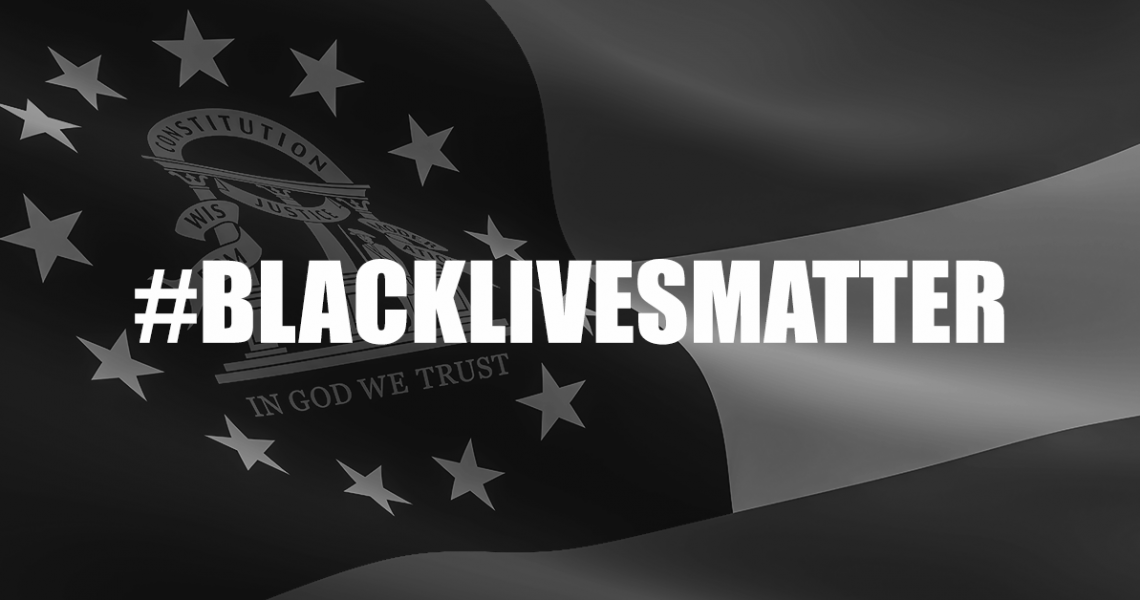 What Georgia’s #BlackLivesMatter protests have accomplished so far

Change is coming to our nation and to Georgia.

The spark began with the May 5 video release showing the killing of Ahmaud Arbery in Brunswick. Less than a month later, the nation saw the killing of George Floyd in Minneapolis.

Ever since, the Black Lives Matter protests have grown into a national movement.

Thousands of protesters are drawing attention to the murders of Black people at the hands of police and white supremacist vigilantes. They are demanding police reform and swift policy changes. Protestors demand the removal of Confederate monuments and statues. Too many people ignored these statues for too long. Many forgot the statues were built to show white power in the Jim Crow era.

But not everyone forgot. And today that history is a critical part of our protests.

Georgia, as it happens, is home to significant Civil War battles and Civil Rights moments. We have a very real connection to the tension that has twisted itself tightly to become this moment.

Conditions continue to change at a swift pace. But it’s important to stop and take a moment to reflect right now.

The goal of this post is to call attention to the changes that protestors have earned over the past couple of months. We hope there are many more victories to come.

Let’s acknowledge the big one first. Georgia finally passed a hate crime law. This moves Georgia off the small list of states without these protections.

This alone is a big deal.

This is a significant — and long overdue — achievement for Georgia.

But let’s get real. This is still Georgia. And we still have 100 percent Republican leadership. So this highlight comes with a lowlight.

The second law broadens existing protections for first responders to include “bias motivated intimidation.” The law defines bias motivation as when a person maliciously targets a first responder based solely on their employment.

The Georgia NAACP said the first responders law will “further create a toxic divide in our state.”

“This compromise in the political process will forever ring throughout history as a signal that Black lives are a bargaining chip toward a political end and dead, black bodies are a expendable commodity in the halls of legislative power,” Rev James Woodall, State President of the Georgia NAACP, said in a statement released to the media.

Mayor Keisha Lance Bottoms issued two Administrative Orders aimed at addressing police reform. The first order calls for the adoption of reforms on the APD’s use of force. The second order calls for a comprehensive review, and subsequent recommendations, of how policing should be handled by the city of Atlanta.

The city council has voted to remove a Confederate monument that was erected in 1872 and has been moved at least twice over its history. The Sons of Confederate Veterans have filed a lawsuit to block the removal of the monument.

A DeKalb County judge ordered the relocation of a 30-foot obelisk from Decatur Square after the city called the monument a threat to public safety. The monument was removed just before midnight on June 18. The monument was placed in storage.

In a surprise move, Rockdale County quickly removed a 107-year-old statue commemorating Confederate soldiers from the grounds of the Rockdale County Courthouse. Rockdale County Commission Chairman Oz Nesbitt Sr. stated that he made the executive decision to remove the statue, stating, “The people have spoken. This was time to be responsive and not always reactive”.

Lawrence Spurgeon, Chief of the Fort Valley Police Department, announced that multiple changes to the department have been proposed in response to the national protests. These proposed changes include raising the standard required for a no-knock entry by police, bringing in the GBI for cases involving a FVPD officer “when it involves a use of force where great bodily injury or death has occurred” and working with outside experts to determine any type of bias within the department.

The Hall County commission “has requested that the county attorney look into this issue” of revoking the county’s lease with the owner of the Old Joe Confederate monument, the United Daughters of the Confederacy. The response from a county spokesperson followed a protest that included chants of “Black Lives Matter” and “Say his name — George Floyd.” Protestors circulated a petition to remove the statue.

In a response to the nationwide call for police reform, Savannah Mayor Van Johnson announced plans for the Savannah Citizens Accountability and Review of Emergency Services (CARES) group. The mayor, along with members of city council, nominated numerous community activists, religious leaders, and more to create the diverse task force. This group will begin its work by investigating incidents involving use of force and internal affairs data.

Sandy Springs In Sandy Springs, Mayor Rusty Paul and the City Council have begun the process of renaming two streets that possibly honor Nathan Bedford Forrest, a Confederate general and Ku Klux Klan leader. The resolution, which was approved on June 16, will rename Lake Forrest Drive and Forrest Lake Drive by removing one “R” from each name.