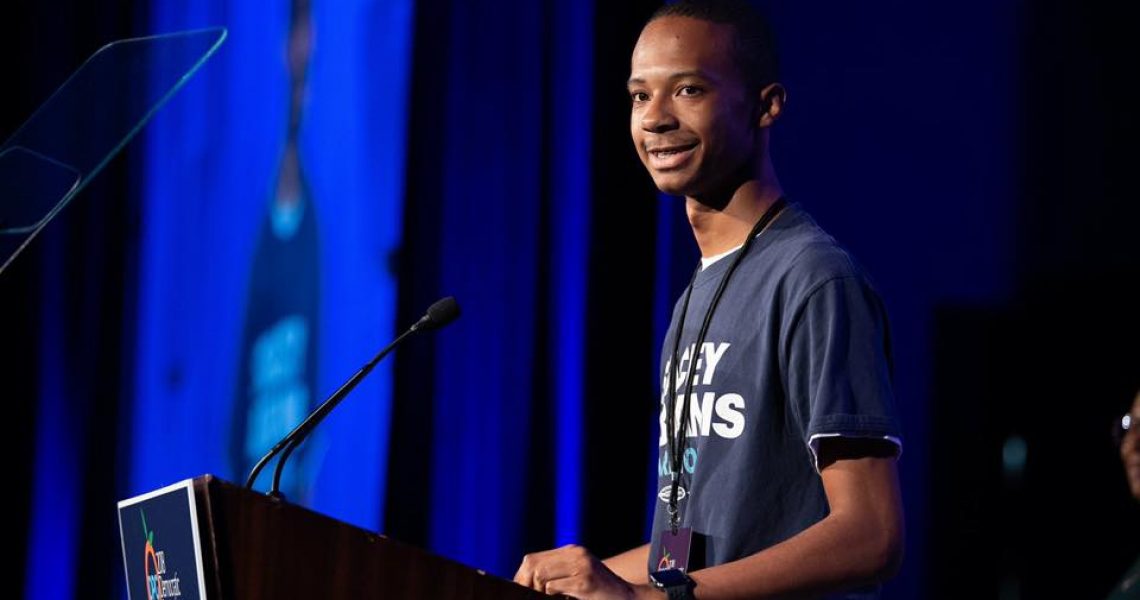 Jaylan Scott is the future of the Democratic Party

Better Georgia writer Jaylan A. Scott was recently featured on the front page of The Georgia State Signal as the face of the next generation of Democrats.

At only 20 years old, Jaylan has been part of political campaigns for Stacey Abrams and DNC Vice Chair Michael Blake, amongst others. In addition to his campaign experience and work with Better Georgia and Southern Majority, Jaylan serves as Executive Vice President of the Young Democrats of Georgia.

Scott began to take an interest in politics as a five-year-old in Macon, Ga., where he watched his single mother struggle to make ends meet on a near-minimum wage income.

“My mom worked hard. She’d work long hours, miss holidays with us, couldn’t take off when we’re sick — but she still made it all work for my sister and me. We had food on the table, bills paid, we were safe and we had everything we needed, but it took a lot.”

He wants to be able to help others in his community escape the struggles that come along with poverty and be able to provide opportunities to other young people who are looking for ways to live their dreams.

“When I was 16, I didn’t know where to start in politics,” said Scott. “I reached out to Juawn Jackson, who offered to take me to an event at the State Capitol and the rest is history.”

It was that experience that helped launch Jaylan into the world of politics and he’s now committed to making sure other young people have similar opportunities.

“Mr. Jackson didn’t have to help me,” said Scott. But he invested his time in a young person, and now I’m on the front page of my university’s newspaper as the future of the Democratic party!”