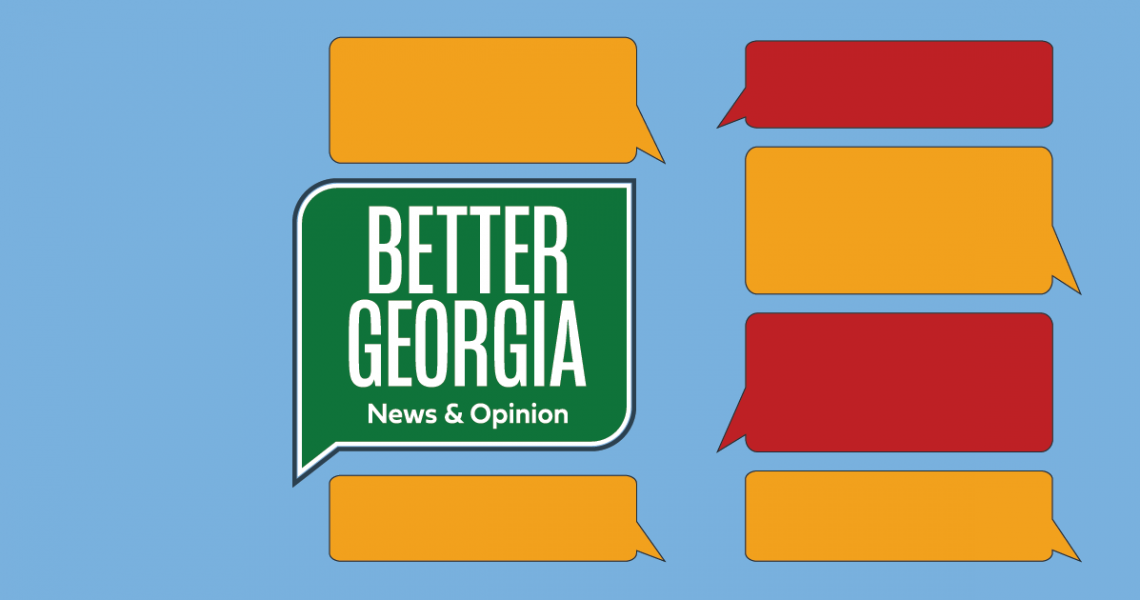 The following is a transcript of a chat about Georgia politics with Amy Morton, Bryan Long & Louis Elrod. It has been lightly edited for clarity.

Let’s talk about money in politics.

Amy Morton: On Good Friday, also the day after the Mueller report.

Amy Morton: Yes, it looks like there is plenty of opportunity for Democrats in Georgia and nationwide this cycle.

IF we have good candidates who take fundraising seriously and run professional campaigns. Like Rep. Lucy McBath!

Amy Morton: She did, and we have to assume that Handel was grabbing the low-hanging fruit. Plus, she already has primary opposition, correct?

Louis, did we expect Rep. McBath to outraise Handel?

Lucy is sitting in Congress now and Handel is outside.

Amy Morton: I noticed that Beach had also begun to raise.

Bryan Long: So, it looks like a real GOP primary in the 6th.

Amy Morton: Some people have speculated that the number of Dems in the Presidential race will siphon off money, but I just don’t ever find that to be the case.

I think a rising tide lifts all boats.

Louis Elrod: There is an unlimited pool of money.

Amy Morton: So, Handel has Beach. And in the 7th, I believe no Republican has declared, though several are circling the race

Amy Morton: I think that the new norm for Georgia is competitive primaries.

Louis Elrod: I doubt there will be a competitive primary in the 7th on the GOP side.

Amy Morton: Which is what happens as states trend.

Bryan Long: In the 7th district, Woodall is retiring. Lots of Dems campaigning.

So will the GOP just give us that seat?

I bet someone jumps in.

Amy Morton: Maybe. I think it’s an open seat that will draw in more than one GOP candidates

Oh, they won’t give up the seat.

Amy Morton: I think there will be more than one Republican, just like SD6 had multiple Republicans last time.

Louis Elrod: They’ll say they won’t give it up, but the RNCC knows the writing is on the wall.

Amy Morton: But, let’s flip that. Dems have raised $0 for what we believe will be a competitive US Senate race.

I want to flag Democrat Carolyn Bourdeaux who raised $370,000 — which was expected.

Amy  Morton: Re Islam, yes, that is a very strong showing for a first-time candidate.

Bryan Long: The AJC says Nabilah had  “a particularly strong showing for a newcomer.”

Amy Morton: She has deep political roots, though. No one should underestimate her, and I think her Q1 numbers demonstrate that.

So, I am betting on competitive primaries on both sides in the 6th and 7th.

Bryan Long: So let’s wrap this up by talking about down ballot races.

All the races we’ve discussed today have been Federal.

What does this fundraising rush mean for candidates for school board, state house, etc.?

Amy Morton: It means that Georgia is  brave new world of competitive races, and early fundraising is critical for all offices.

Louis Elrod: Welcome to the new center of the Democratic universe.

Bryan Long: So all those down ballot candidates will need to step up fundraising.

Amy Morton: Our incumbents have been in session, so their 1/31 disclosure is the last real measure we have. June 30 numbers are going to be important, even in an off year.

Bryan Long: Most races will become more expensive because of increased competition for voter eyeballs.

Louis Elrod: Yes. They need to learn from battleground blue states: Democrats beat Republicans when they have the resources to win.

Amy Morton: People are more tuned in, which means there will be more voters to communicate with. That takes resources.

Bryan Long: So, Amy, you’re saying that state leg candidates need to raise $ even in an off year?!?

Amy Morton: It is the best time to bank money for 2020

Amy Morton: They should start now before the presidential race drowns them out.Bryan Long: Good advice! Thanks everybody.