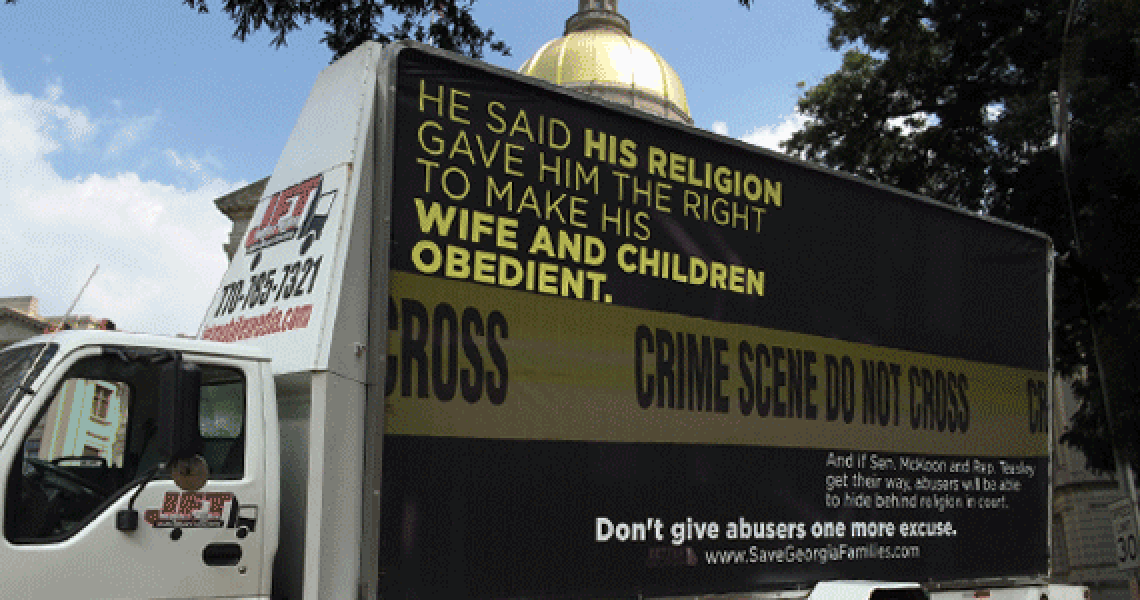 When politicians won’t listen, you have to bring the message to them. And when you want to make sure they can’t miss your message, there is nothing quite like a mobile billboard circling the State Capitol all day.

During the early days of the so-called “religious freedom” debates — before the issue became one of the most well known at the Capitol — Better Georgia was pushing back against the anti-LGBT, anti-woman measure. 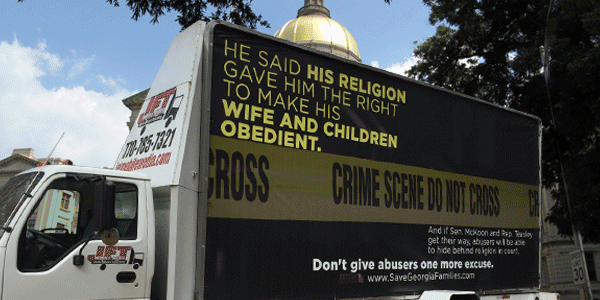 The “Religious Freedom Restoration Act,” or RFRA for short, is more accurately called “religion as an excuse.” These measures allow people and businesses to shirk their responsibility to follow the law by claiming their religion as their reason for, well, just about anything. It puts LGBT people and families at risk for discrimination or worse.

The federal version of RFRA — the version supporters have most enthusiastically spoken about — was the main piece of law that influenced the infamous Hobby Lobby decision. This Supreme Court ruling allows businesses to deny birth control coverage to employees on the basis of the owner’s alleged religious beliefs.

When Ga. politicians wanted to enact an even more extreme version of the law on the state level, Better Georgia’s push-back was to literally circle The Capitol with our message for an entire day. Lawmakers may be able to dodge phone calls and avoid constituents concerned about the measure, but they can’t ignore a billboard at their job.

Better Georgia ran full page ads opposing the measures in the hometowns of the two main sponsors of the bill at the time, Rep. Sam Teasley and Sen. Josh McKoon. 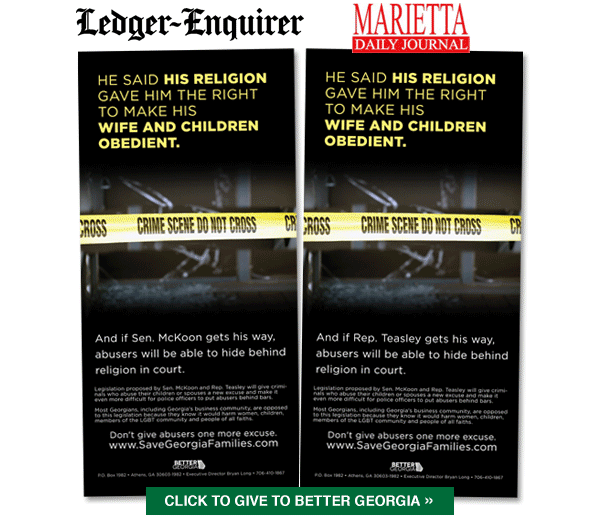 State Rep. Sam Teasley has since stepped back from being one of the most out spoken sponsors of the bill, while Sen. Josh McKoon has continued to push the issue during every legislative session. McKoon is currently looking to take his platform statewide, running to replace Brian Kemp as the Secretary of State.

Better Georgia didn’t stop there. We also created a video addressing exactly why these “religious freedom” bills are so toxic. And our executive director, Bryan Long, went head-to-head with one of the main supporters of the bill, during a live debate on a local news show.

By boldly opposing the “religious freedom” measure, the issue was pushed into the spotlight and activated a broad coalition of opposition to the bill; opposition that has only gained momentum in the past few years.

Supporters of “religious freedom,” more accurately called “religion as an excuse,” have promised to bring the issue back  — again — during the upcoming 2018 legislative session. We’ll be there to staunchly oppose this awful measure, as we have for the past several years. Will you join us?