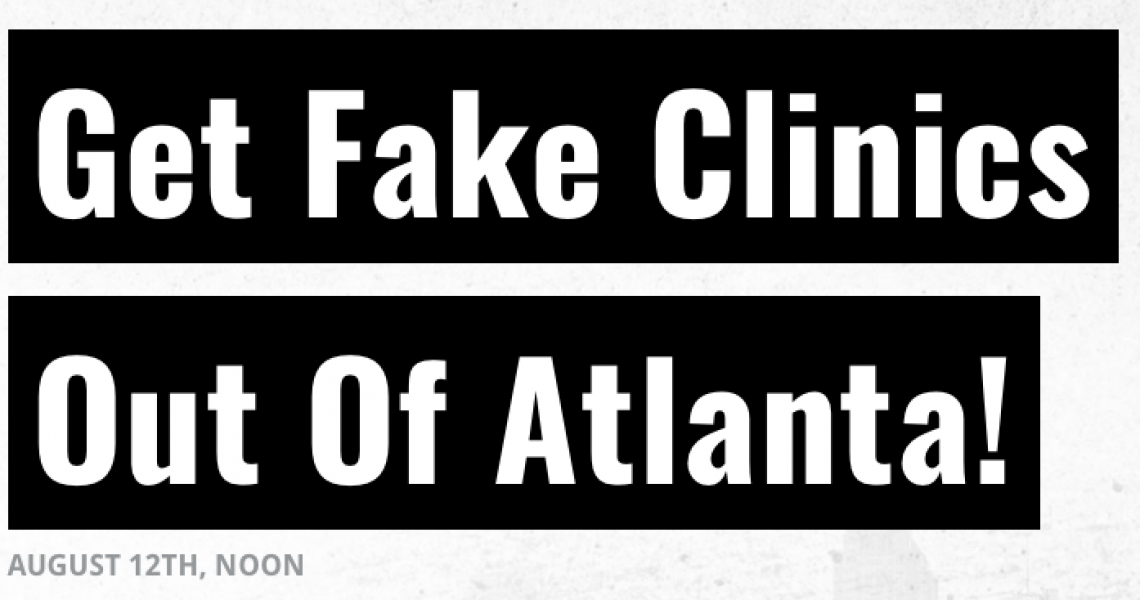 Community organizers will be coming together this Saturday to challenge one Atlanta-area crisis pregnancy center’s dangerous impact on pregnant people.

Crisis pregnancy centers are fake clinics that set up with intention of preventing pregnant people from getting abortions. They promise free pregnancy tests, free ultrasounds and pregnancy counseling, but they aren’t actually licensed healthcare facilities. They are dangerous for the health of pregnant people, who do not get real medical care or real medical advice, and are often told lies about the risks of abortion.

“This direct interference in a woman’s right to abortion is chilling, and the danger CPCs pose to communities in the form of shame, misinformation, and in some cases misuse of public funds with zero accountability and oversight is unacceptable,” wrote two leaders of the event, Monica Simpson and Pamela Merritt, in a recent op-ed in the Huffington Post. 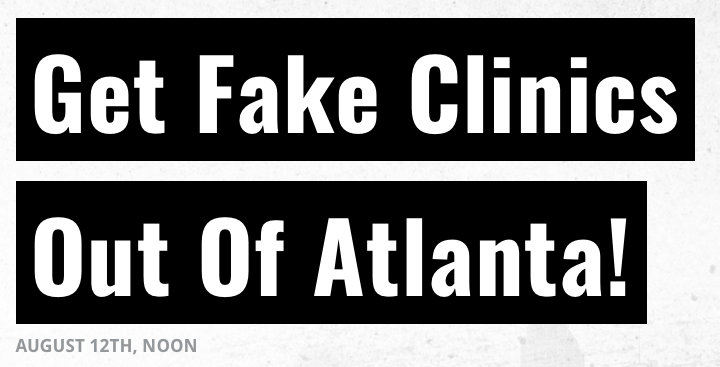 Regardless of the decision someone makes about getting an abortion, they should be able to access reliable, scientifically accurate information from professionals with no hidden agenda. Being fed lies about abortion is not quality care.

Simpson is the executive director of SisterSong, a Georgia-based and women of color-led reproductive justice organization, and Merritt is a co-founder of ReproAction, a national group that seeks to increase access to abortion, are co-leading the Saturday action.

In the face of an all-out assault on abortion access, defenders of reproductive justice are converging on Atlanta this week to protest the deceptive tactics of the Human Coalition – a uniquely disturbing anti-abortion group that operates misleading digital outreach and a string of “crisis pregnancy centers” (CPCs) in what they call “key abortion dense cities.”

The Human Coalition is the organization that runs the fake clinic the group will be protesting Saturday.

In addition to asking people to join them at the protest Saturday, the groups have also launched a pledge supporters can sign. Sign on to their pledge here.

“At this year’s Netroots Nation, we are taking direct action to send a message to fake clinics around the country that they will be held accountable for misleading women who are trying to find abortion services,” the pledge states.

A livestream of the protest will be available on the ReproAction Facebook page here.