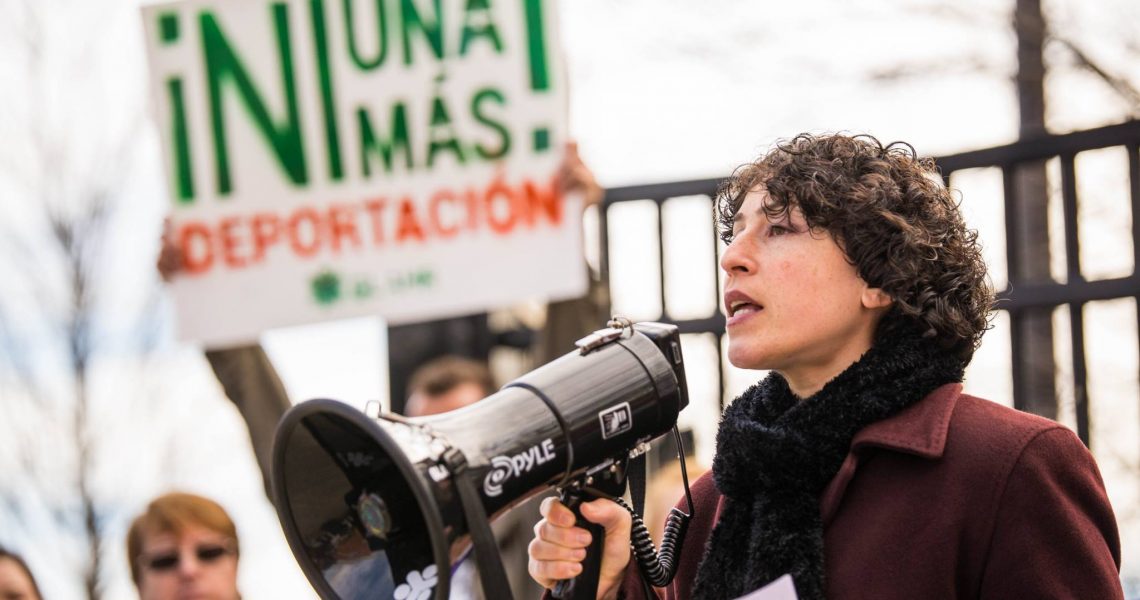 An Augusta-area Mosque receives threats of extreme violence, the Muslim Ban 3.0 partially goes into effect and funding for the border wall passes a major hurdle in Congress, with the help of Georgia’s congress members.

The political landscape continues to pose challenges for immigrants and refugees, and the consequences are felt intimately by many families concerned about increases in violence and threats of deportation. However, not all these threats are new, even as many are getting renewed attention under the Trump administration.

“None of this is new, again there are certain policies on a federal level such as the Muslim ban, that’s new. But, I think for the most part we’re seeing what we’ve been seeing since 9/11,” Azadeh Shahshahani, the Legal and Advocacy Director for Project South, told Better Georgia by phone as she was on her way to lead know your rights trainings held in mosques and Islamic community centers in North Carolina.

Shahshahani spoke about the current political landscape immigrants and refugees face, particularly those that are targeted by the FBI, the Federal Bureau of Investigations — as many Muslim and Arab-Americans are — or ICE, short for Immigration and Customs Enforcement — as many Latinx folks are.

In June, the Supreme Court ruled that the Trump administration’s most recent Muslim ban could be partially implemented while the lower courts hear challenges to the law (with the Supreme Court clarifying it’s ruling on allowing visas for “close familial relationship” earlier this month).

“[The Muslim Ban] obviously has its roots in Trump’s bigotry and islamophobia,” Shahshahani said. “Unfortunately the Supreme Court allowed it to go into effect partially.” 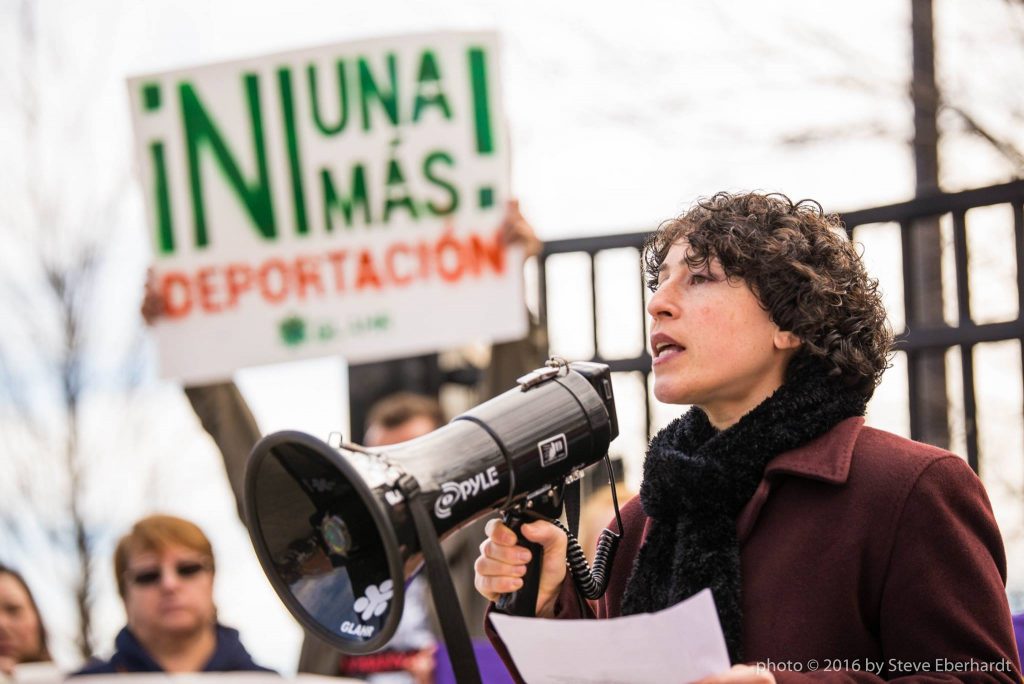 Visitors from Iran, Libya, Somalia, Sudan, Syria and Yemen may be granted visas if they have close family or another “bona fide relationship” that brings them to the U.S. However, no more refugees will be granted visas and allowed to travel to the states.

“Imagining however many thousands upon thousands of refugees have already gone through the process and are just waiting. Stranded somewhere in the world, waiting to be resettled in the U.S. Their lives are just in limbo,” she said.

For immigrants already living here while trying to address their legal status, threats of deportation persist. Across the U.S., more than 1,400 Iraqi nationals have suddenly had deportation orders issued, although a judge has temporarily halted that move. When immigrants are detained for deportation, they end up scattered around facilities across the nation. Georgia’s two biggest detention facilities are: Irwin Detention Center in Ocilla, Ga. and Stewart Detention Center in Lumpkin, Ga.

Shahshahani, working with colleagues at Project South and the Penn State Law Center for Immigrants’ Rights Clinic, released a report earlier this year documenting conditions inside these facilities

“This was the result of a year long investigation, interviewing more than 70 detained immigrants and 10 immigrants who had already been deported to Guatemala,” she said. The report details horrendous conditions, including lack of access to medical care, rotten food and sexual abuse. At least two people have died while in custody at ICE facilities in Georgia this year.

“None of this is theoretical, as we are speaking people are suffering human rights violations at the immigration detention centers in Georgia,” Shahshahani said.

Project South and others involved in the project plan to ask Congress to investigate the conditions, and Shahshahani advised folks to, “continue to be in touch with your congressional representatives about the conditions in these facilities.”

Advocates ultimately want to see these facilities shut down, a goal the Shutdown Stewart campaign is actively working on. 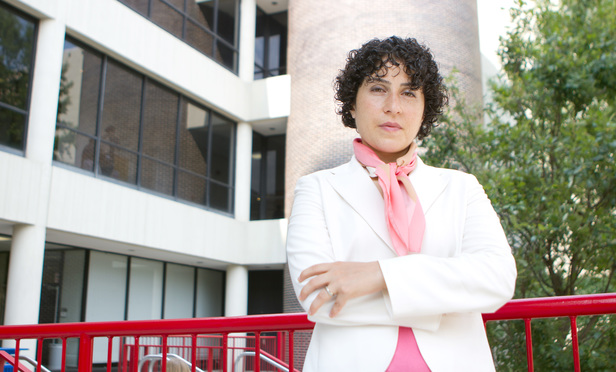 One way that communities can fight back against the unjust immigration system is to advocate for their city to implement policies that law enforcement won’t unconstitutionally work with ICE.

After law enforcement arrests someone, they will sometimes hold individuals, even after they have posted bail, in order for ICE to determine that person’s immigration status and come pick them up for deportation. This is called a detainer, and the constitutionality of this practice has been challenged in courts. The “detainer” requests themselves are also not legally binding the way a warrant is, it’s simply an official request from ICE to hold someone who hasn’t even had their day in court yet.

“It’s a very bad for public safety to try to devote [law enforcement’s] resources to collaborating with ICE, because it very much diminishes trust on the part of immigrant community members in the police,” Shahshahani explained. For instance, if someone witnesses a crime or needs help, they may not call the police for fear they will end up in deportation proceedings.

“There are currently five [cities] in Georgia [with non-detainer policies], which I think is magnificent considering that this is Georgia and we have anti-Sanctuary law on the books, you know, very hostile legislature,” she said. The City of Clarkston, along with Fulton, Clayton, DeKalb and Fayette counties currently have non-detainer policies.

Shahshahani said that anyone interested in implementing a non-detainer policy in their community can reach out to Project South.

Additionally, Shahshahani recommends anyone interested in these issues get in touch with organizations that already have a history of doing work to support immigrants, refugees and other targeted minorities.

The Georgia Latino Alliance for Human Rights is one group she mentioned (and their work has previously been profiled on this blog). Women Watch Afrika is another excellent organization with a long history of supporting African immigrants and refugees, and eliminating violence against women and girls.

“There are organizations that have been doing work for decades in support of immigrant and Muslim communities. So I think the first the thing is just to learn what is out there, what are the grassroots organizations doing work, how can they use your support, so actually talking to them. Sometimes it could be just financial support,” Shahshahani said.