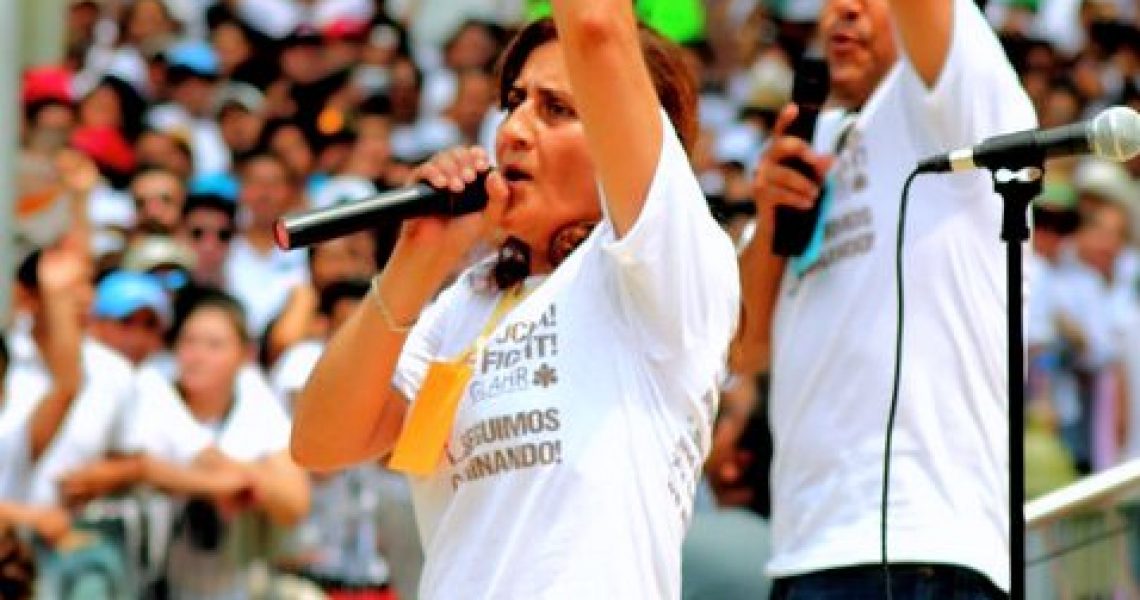 Separating families is perhaps the most enduring American tradition there is. It’s embedded in this country’s history, and now felt most sharply by the immigrants, especially undocumented immigrants, in our families and communities.

Under the Trump administration, there’s been a renewed push for resisting the policies that make our families and our communities less safe. Immigrants (and refugees) have been subject to a spate of questionably legal executive orders in the first few months of this administration, and are at the heart of the resistance movement.

Adelina Nicholls has been in this fight for more than 15 years now, as the Executive Director of the Georgia Latino Alliance for Human Rights, or GLAHR, an organization with a track record resisting anti-immigrant and anti-Latino policies, and fighting to build safer communities.

“It is really difficult because we have the complete system against us. Not only for those that are making these policies and all the right-wing in power, but also for those that, as well, are indifferent to the Latino’s struggle,” Nicholls said in an interview with Better Georgia.

What’s more, Nicholls explained, is that the same employers in Georgia who rely on immigrant labor to keep their farms going also voted for Trump. The hypocrisy is frustrating to deal with. 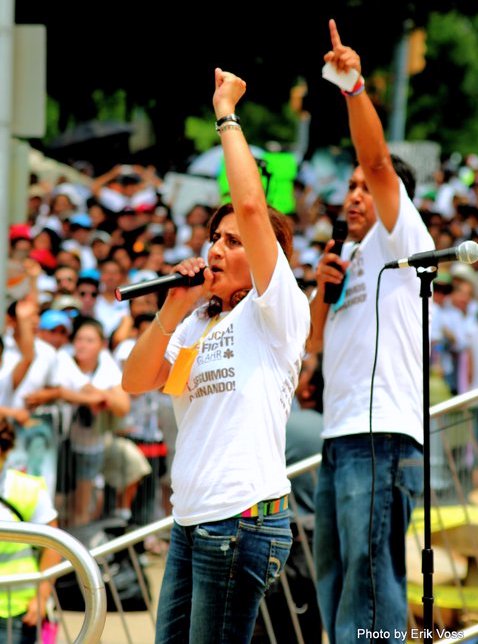 “If you go [to] South Georgia in the agricultural sector what you see are Latinos, you know? But you know as well that the owners of those fields also voted for this administration,” Nicholls said. “It’s more hypocrisy and double standards.”

This means the Latino community can’t count on employers to speak up in support of the employees that keep their businesses profitable, and they can’t count on employers to speak out against anti-immigrant policies, even when it hurts their business. And so, with very little support, it’s undocumented people and their families and communities that must ultimately live with the consequences of anti-immigrant policies.

Nicholls explained that “deportation has been normalized,” underlying a pervasive belief that “the people that are being deported are criminals and so everybody is okay with that. And when you look behind each case it’s a very different story.”

In the past, when GLAHR has helped to fight against a deportation order, it’s been everyday people who are impacted.

“Even if they have four kids, or if they have a mentally ill kid or if that person is at the detention facility because he has a DUI of 24 years ago,” Nicholls explained, saying it’s gotten harder to fight these deportations.

“Before 2016 we were able to fight cases through prosecutorial discretion, organizing our community around the case, signing petitions, rallying, meeting with ICE officials, finding ways to release people from jail or to be deported,” Nicholls said.

Prosecutorial discretion gives the government the ability to make alternate arrangements with someone to check in with ICE on a regular basis, instead of being deported. But GLAHR and other immigrant rights organizations are receiving reports of family members showing up for their annual check-in and being arrested and deported on sight.

While challenging this new practice is hard, GLAHR is working to educate people about their rights, and is working to create ICE Free Zones in people’s communities across Georgia. 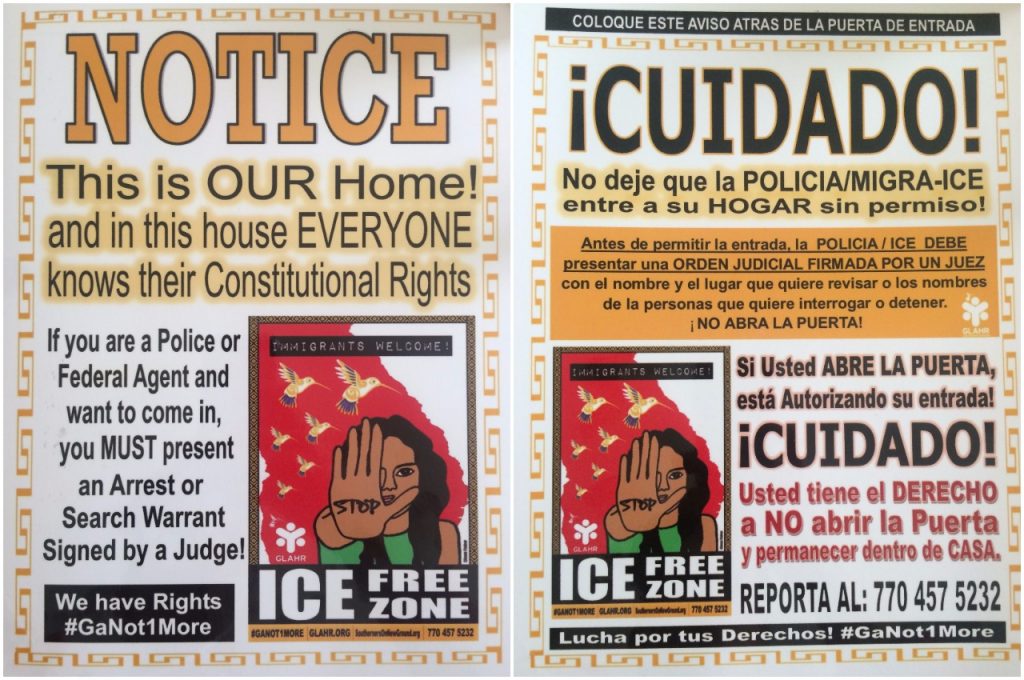 Last year, over 130 Georgia women were taken from their homes and processed for deportation, even though many of them had these alternate arrangements with ICE. The Southern Poverty Law Center later found out that ICE agents, along with local law enforcement, were able to enter people’s homes by showing the photo of a random man and telling the women they were searching for a criminal.

“But they had something in common, that all of them opened the door to the authorities. That’s the reason we came up with the ICE Free Zone,” Nicholls said.

ICE Free Zones are areas — whether it’s homes or whole communities — where people know their rights and plan to assert them.

“You have the constitutional right to remain at your house if the ICE or the police do not show a warrant for your arrest, signed by the judge,” she explained.

This work is not easy, but Nicholls commitment to it is unwavering.

“It’s my commitment and my conviction to help Latinos, immigrants, undocumented [people], being abused, racial profiling, and prosecuted all over the place in the state of Georgia,” she said. “I think we have a responsibility on that as a human being.”