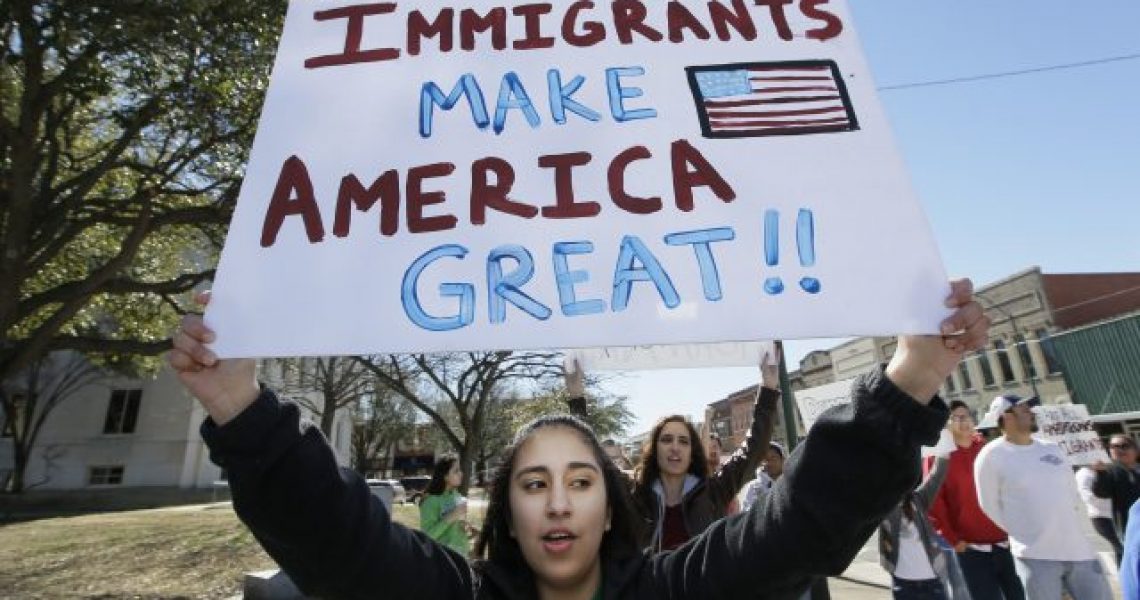 Anti-immigrant bills at the state house, while resistance builds statewide

Students, employees and business owners did not go to school or work, or spend their money going out, as part of ‘A Day Without Immigrants,’ nationwide protests of Donald Trump’s anti-immigrant executive orders.

There are local news reports of people participating in Athens, Atlanta, Augusta, Macon and Warner Robins; and at least one restaurant in Watkinsville faced repercussions when a swastika showed up on their door the day after participating in the protest.

As WMGT in Macon reports:

Business owners in Middle Georgia took part in the day by closing their businesses. Karel Caride Holt was one of those.

“This is not just about a political situation, this is about people,” said Caride. “We need to raise our voices and say, ‘hey we are here’.”

Caride closed her business, Georgia State Auto Insurance in Warner Robins, to show that her work in the United States matters.

“We come here to do something good and wonderful in this country,” said Caride. “We want America great too.”

The protests also came on the heels of a recent round of raids by ICE, Immigration and Customs Enforcement, that saw at least 87 Georgians detained from across the state. 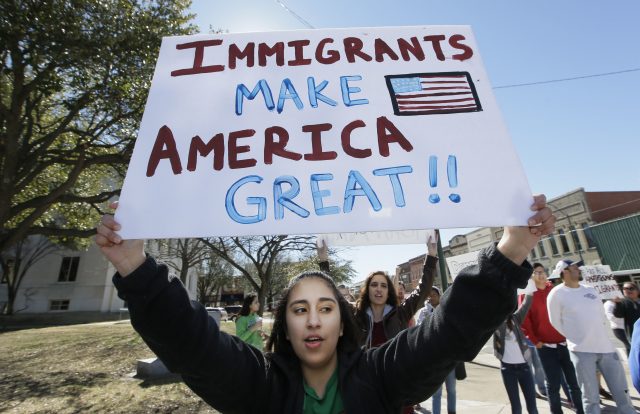 On Thursday, the Georgia Latino Alliance for Human Rights, or GLAHR, held a rally at ICE offices in Atlanta, in protest of the recent deportations.

“The Georgia Latino Alliance for Human Rights calls on local officials to take active measures to protect their residents from targeting by ICE and urges the community to take part of the ICE Free Zone Campaign to continue the fight against the separation of families. The ICE Free Zone campaign aims to create neighborhoods of informed community members who know about their rights and how to defend them,” GLAHR said in a press release.

The driver’s licenses and ID cards of Georgians who are not U.S. citizens already contain the words “limited-term” to distinguish them from other cards. Georgians with lawful status using these ID cards include permanent residents, refugees and foreign executives temporarily working in Georgia. People who attain lawful immigration status must pass background checks in which U.S. officials scrutinize whether they pose a threat to public safety. The notion of wide-scale voter fraud by immigrants is widely discredited by experts studying the issue and Georgia’s own elections chief.

They estimate it could take upwards of $1 million to implement the new driver’s cards — yet another example of so-called “conservatives” pushing for taxpayer-funded bigotry.