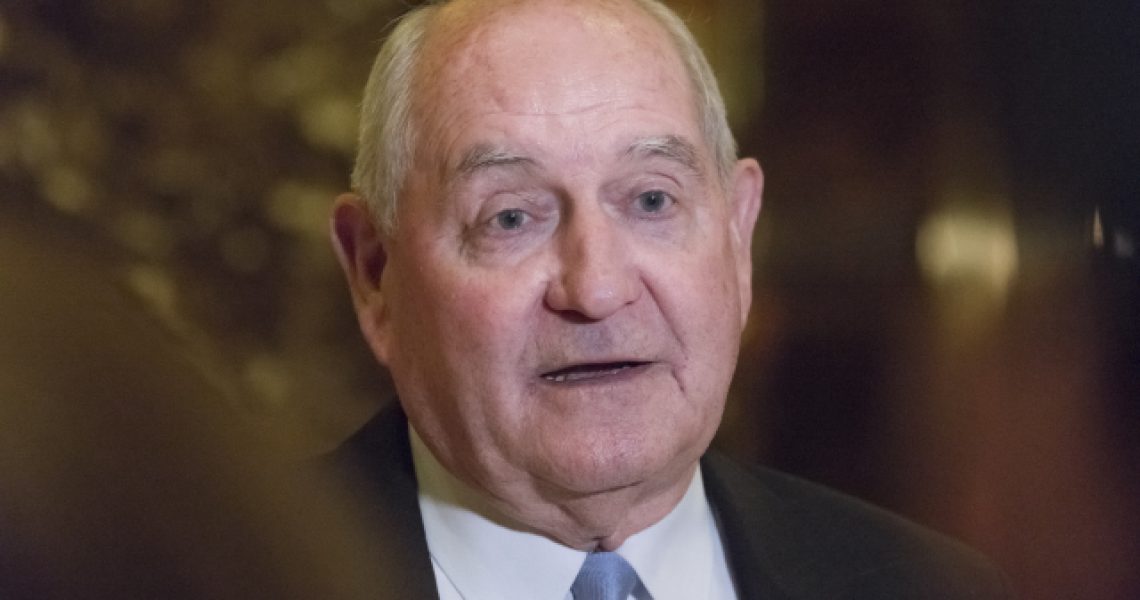 Sonny Perdue, Trump’s appointment for the Secretary of the Department of Agriculture, is a regressive choice. Perdue is known for his hostile treatment of immigrants and questionable connections to agribusiness.

Although some reports describe Perdue as “less of a hard-liner on immigration than Trump,” in reality, he led horrific “immigration crackdowns” in Georgia that led to families being separated and a town pretty much emptied. Fueled by the propaganda that people “sneak into this country illegally on Thursday, obtain a government-issued ID on Friday, head for the welfare office on Monday and cast a vote on Tuesday,” he not only harmed individuals and families with his draconian policies but also decimated one company that belongs to the industry he will be expected to protect as Secretary of Agriculture.

Perdue led an immigration crackdown in the fall of 2006 that caused over a hundred undocumented people be rounded up and sent on a bus to immigration court. David Robinson, the owner of a trailer park where many of these undocumented people lived, said the roundup was completely inhumane. “These people might not have American rights, but they’ve damn sure got human rights,” Robinson said. “There ain’t no reason to treat them like animals.”

This particular event also led to a scramble for employees at the Crider, Inc poultry plant and led to several businesses in the area drying up.

Perdue is too intertwined in farming to oversee the American farming industry. As governor of Georgia, Perdue oversaw the nation’s number-one state in chicken production. He  has accepted  more than a quarter of a million dollars from agribusinesses. According to Mother Jones, “Over his career in politics he netted $328,328 in donations from agribusiness interests, including $21,000 from Gold Kist, a large, Georgia-based chicken-processing company that was later taken over by chicken giant Pilgrim’s Pride.”

Perdue, is supported by Indiana power brokers because they believe he will roll back regulations. According to Politico, “Lucas (of Indiana’s Lucas Oil) and his cohorts ultimately will get what they want in Perdue: A familiar Republican who’s poised to roll back regulations.” Perdue, as an international agribusinessman himself, would also probably benefit from decreased regulations. Perdue currently runs Perdue Partners, Inc, with his cousin, Georgia Senator David Perdue.

Perdue is enshrouded in scandal and cronyism

In 2005, Georgia state Rep. Larry O’Neal, who was also Perdue’s lawyer, passed a bill that saved Perdue about $100,000 in state taxes on land he owned. The bill was “designed to allow Georgians to delay paying state taxes on land they sell in Georgia if they buy similar property in another state,” and led to Perdue using the purchase of Florida swampland to give himself serious tax benefits.

As governor, Perdue used his position to raise the profile of the Port of Savannah and now he owns and runs a company that trades internationally out of the port. His company “Perdue Partners, facilitates the export of U.S. goods and services and was launched in 2011 with three people he appointed to state positions while serving as governor. That includes his cousin, Republican Sen. David Perdue, who was on the board of the Georgia Ports Authority and has been a vocal supporter of Trump.”

Trump has consistently appointed officials who are only interested in personal profit — much like the kleptocratic president himself. Sonny Perdue is another of these picks, who will undermine democracy through cronyism and backroom politics.