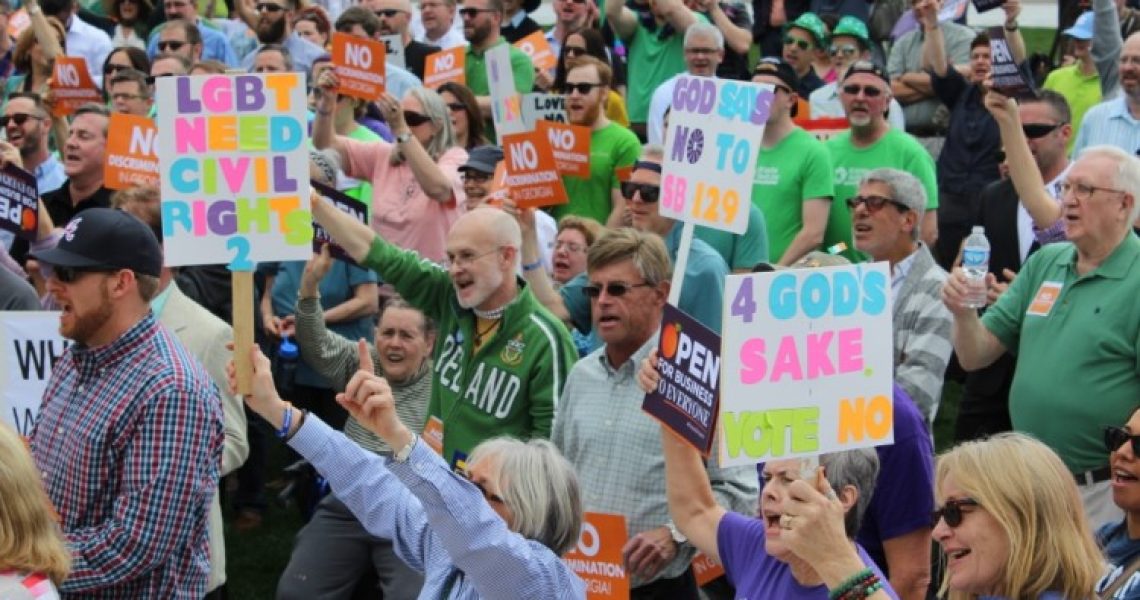 So-called “religious freedom” bill will be back in 2017

When Gov. Deal vetoed last year’s so-called “religious freedom” bill, which is designed to allow people to use religion as an excuse to discriminate, most Georgians knew that the fight wasn’t over.

Back in March, the AJC reported, “Special session or not, Deal’s veto of House Bill 757 assures one thing: The debate is not over. From a potential special session this year, to lawmakers’ return in January to the 2018 race for governor, the religious liberty fight will have a prominent place in Georgia for years to come.” 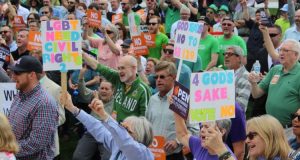 It now looks like the thinly-veiled attempt to discriminate based on religion might be back even sooner than expected. Republican Bill Cowsert, a Georgia state senator from Oconee County, says the bill will be back in front of the Georgia General Assembly in 2017.

In early 2016, the bill passed both the House and the Senate, but was vetoed by Gov. Deal, in a rare demonstration of the governor doing the right thing for Georgians.

In order to combat the socially regressive bill, a coalition of some of the state’s largest companies are working together to muster support for “the principle of nondiscrimination as a key to building and maintaining an economically competitive state.” The coalition, known as Georgia Prospers, seeks to unite similarly-minded enterprises and is “welcoming to everyone, regardless of one’s age, race, religion, gender, sexual orientation or gender identity.”

Although Georgia Prospers has received a lot of support from companies based in Atlanta, they believe getting the support of companies all over Georgia is imperative. If the bill makes it through the Georgia Assembly again and isn’t vetoed, we will see widespread employee discrimination mislabeled as “religious liberty,” and the state could also see huge job losses due to companies pulling out of Georgia.

But more importantly, a new pro-discrimination law would be a major step backwards for civil rights in Georgia. Until our state is a welcoming place for everyone, we must all continue fighting for the inalienable rights of all Georgians by fighting against bigotry whenever we see it.