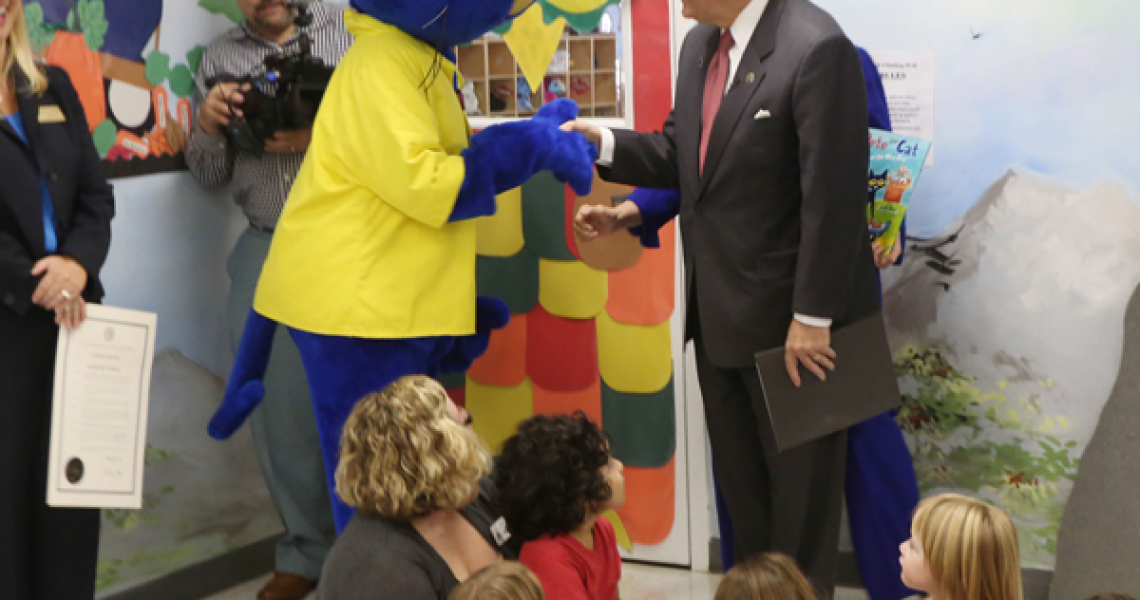 Gov. Nathan Deal has a legacy of failed education policies, from slashing billions of dollars in public school funding to pushing his for-profit corporate school agenda.

So what makes his school takeover proposal any different?

The short answer: nothing.

On Election Day, November 8, an important ballot measure — officially called the “Opportunity School District” constitutional amendment — will be before voters. It’s a measure designed to strip local control from schools that the governor’s team marks as “failing,” and place them under the control of Deal’s handpicked “education czar.” 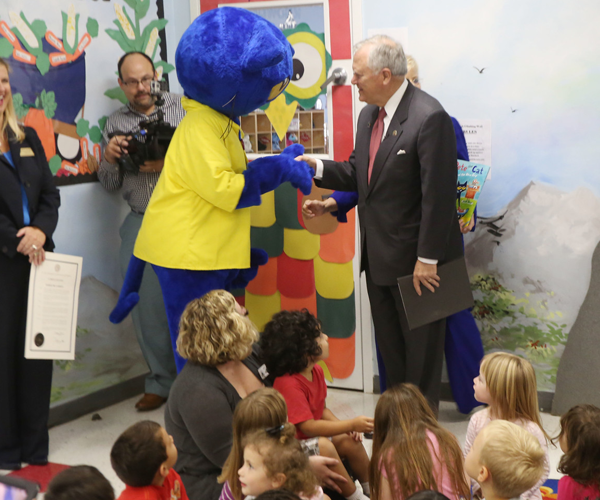 Nevermind that these so-called “failing” public schools have faced massive funding shortages for years, resulting in teacher furloughs, shortened school years and the decimation of arts, music and other programs.

But before voters read the fine print of the governor’s school takeover amendment, it’s important to look back at Gov. Deal’s legacy of failed education policy.

Five years ago, Georgia’s Supreme Court ruled that a 2008 law creating the state’s Charter School Commission was unconstitutional because the Commission — a state body — was overruling local school boards.

The Supreme Court found that the 2008 law allowing the Commission to overrule local districts and approve charter schools (that then receive public funding) violated the constitution, so Gov. Deal stepped in to “fix” the constitution and improve the situation for corporate school companies in Georgia.

Deal pledged $10 million to keep the impacted corporate schools running, a stopgap measure that local public schools have never experienced. Gov. Deal also pushed through a measure to change Georgia’s Constitution. Now, the state can (and does) overrule local school boards to establish charter schools, which are often run by out-of-state, for-profit corporations.

During the 2012 fight against that ballot measure, charter school proponents outraised opponents by a 15 to 1 margin. The donors included, of course, some of the national, for-profit charter school companies like K12 Inc., Charter Schools USA and National Heritage Academies that benefit from Georgia having lax charter school rules. The Tea Party also got behind the measure, as did Alice Walton, the daughter of Sam Walton, Walmart’s founder.

The real kicker here is just how underwhelmingly these state-approved charter schools perform, when compared with the other schools in their district, as well as schools across the state. Their rule-breaking, no accountability “innovation” results in no better student achievement, which is perhaps why their local school board did not approve their charter in the first place.

A report sponsored by The Governor’s Office of Student Achievement and the official State Charter School Commission of Georgia, describes the performance of these state-approved charter schools as “indistinguishable” and “uneven.” From K-12, far more of these charter schools do no better — or even worse than — other local schools, while only a few manage to do better than the local schools.

Local schools are still dealing with austerity cuts that were started under Gov. Sonny Perdue and continued under Gov. Deal.

This past legislative session, Gov. Deal supported a “budget increase” for education, including a much heralded move to increase teacher pay by three percent. But 20 percent of the state’s school districts are still furloughing teachers — unable to employ them full time — meaning this small budget move will do little more than allow schools to return to normal. Calling it a 3 percent pay raise is not just disingenuous, given the circumstances — it’s pure political posturing.

Georgia public schools faced a $1 billion shortfall in their budgets from 2010-2014, due to the state underfunding the Quality Basic Education (QBE) funding formula that has been in place since 1985, determining how much money schools should get per student.

In 2015, the approved budget still included $746 million less than the funding formula called for. The most recent budget, for the 2017 fiscal year, reduced the austerity cuts to K-12 schools by $300 million, but still leave a $166 million shortfall in place. The budget “increase” Gov. Deal has backed hardly qualify as a robust investment, as the state continues to fail to meet its most basic school funding obligations.

During the same time, the state cut its contribution to critical transportation and health care costs districts must contend with, leaving school districts to continue to try make ends meet with too few dollars.

So where is the commitment from Gov. Deal to invest in the services these students absolutely need to do well in school? Underfunding public schools is no way to ensure these students have the extra teaching time, access to guidance counselors and support structures in place they need to truly thrive in school.

Before Gov. Deal dupes voters into another “Yes” vote to help out-of-state, for-profit corporations make more money in Georgia; before voters consider if the people who won’t even fully fund Georgia’s public schools should be in charge of the “failing” ones; before voters consider the school takeover amendment, they need to consider if Gov. Deal has shown the kind of leadership required to invest in students and teachers and give our schools the tools they need to succeed.