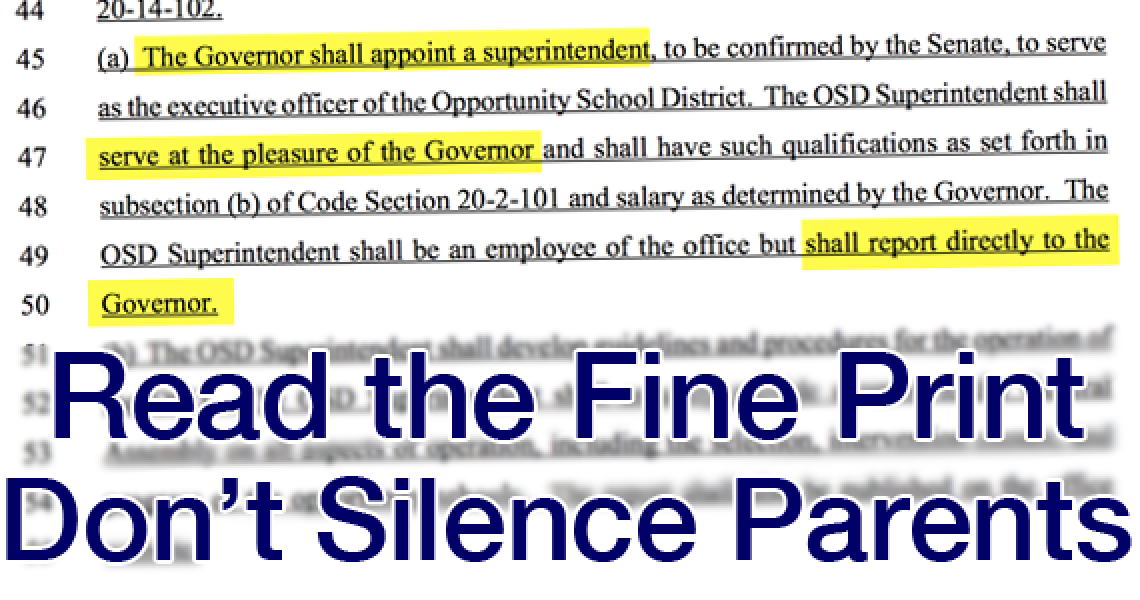 You have some very important fine print to read before November.

As a Georgia voter, you will face a purposefully misleading ballot question that threatens to silence parents and take control away from local communities.

The ballot language will make you feel good just reading it but the results will create a new layer of government controlled by political lackeys in Atlanta.

If the amendment passes, out-of-state corporations and hand-picked, unelected politicians will take on new power over our public schools without our say, while we end up living with the consequences of their decisions.

What’s more, decisions made by these political appointees can never be appealed. 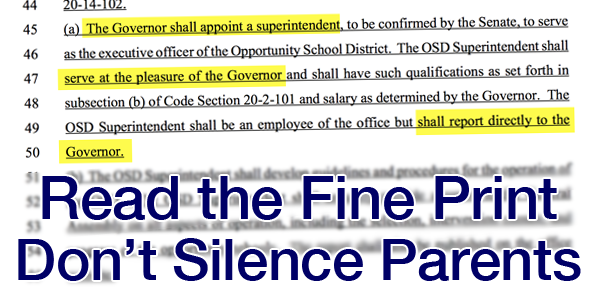 These outsiders aren’t a part of our schools; they don’t live in our neighborhoods, but they would speak for us. Meanwhile, those who understand and are invested in their hometowns and their children’s lives will be voiceless. This takeover would silence parents and entire communities.

The ballot reads: “Shall the Constitution of Georgia be amended to allow the state to intervene in chronically failing public schools in order to improve student performance?”  But it doesn’t tell the truth about the damage this amendment would do to our schools and communities.

Though this proposal is written to convince Georgians that it would help students, the question intentionally hides the true impact. The amendment will force some publicschools to be run by for-profit corporations rather than parents, teachers and locally elected school boards. In fact, by taking power away from the people and elected leaders, this amendment goes against the basic principles of democracy.

Fortunately, Georgia voters will have the power to defend our schools, our communities, and our authority at the polls by opposing this amendment.

Learn more about Amendment 1 before you vote: Nathan Deal’s school takeover plan a failure from the start