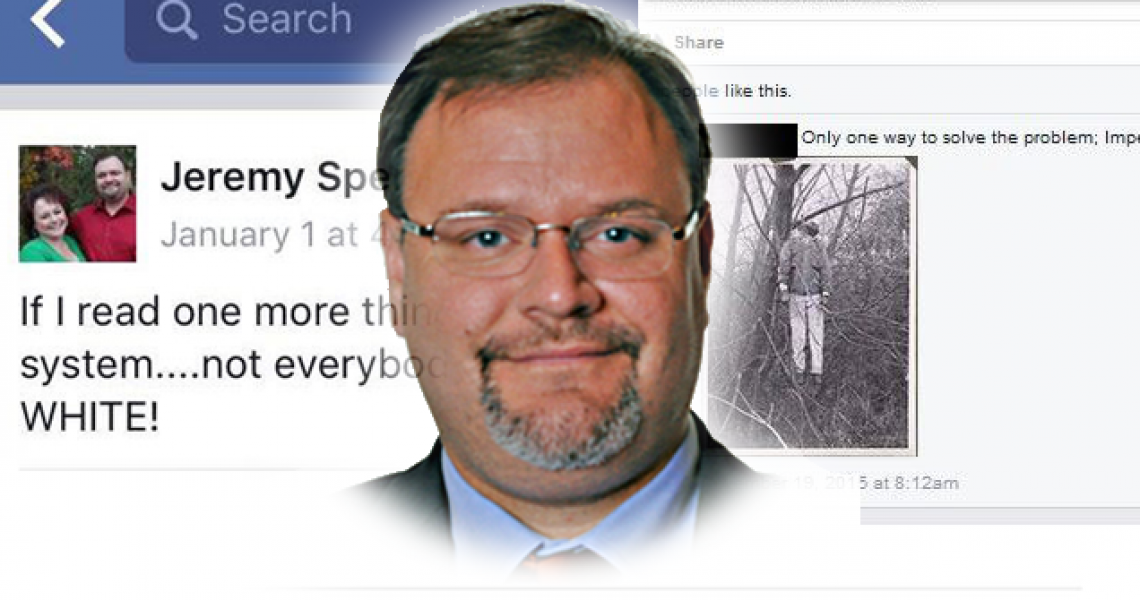 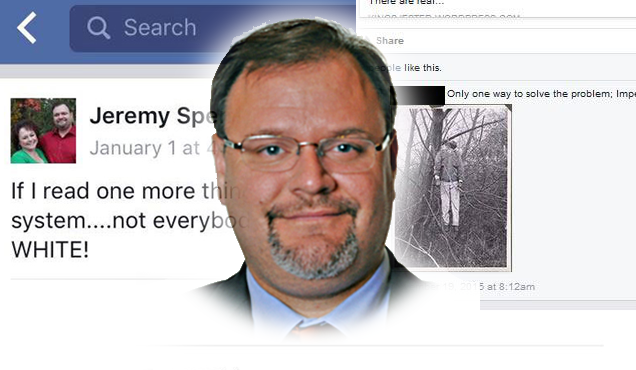 Vile, racist and bigoted Facebook posts from a top Georgia Department of Education official go so far past the line of acceptable it’s almost hard to believe. Unfortunately, in a time when Donald Trump is surging in the Republican primary, many conservatives believe they can speak without consequences.

We are calling on State School Superintendent Richard Woods to fire Spencer, the twin brother of state Rep. Jason Spencer (R-Woodbine), in response to the Atlanta Journal-Constitution‘s publication of this article today:

In Jeremy Spencer’s own words, he declared that Georgia students can’t compete with Finland because Georgia’s students aren’t all white. Additionally, he allowed a lynching image referencing Pres. Obama to stay on his public page for months.

The following images were published by a top Georgia schools official who is earning $138,000 per year: 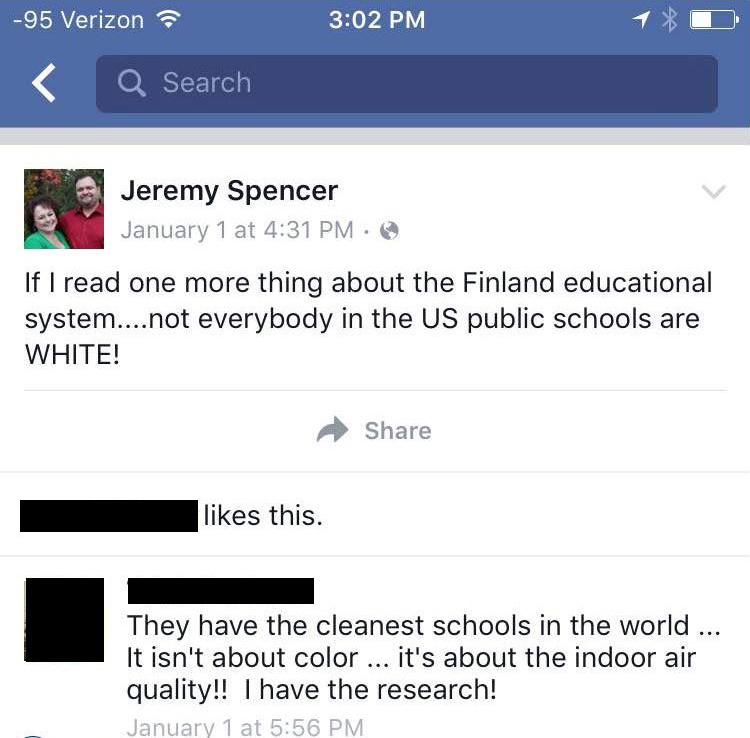 And this image was posted in November as a reply to a comment from Jeremy Spencer. He did not remove the image until after he was contacted by the media today: 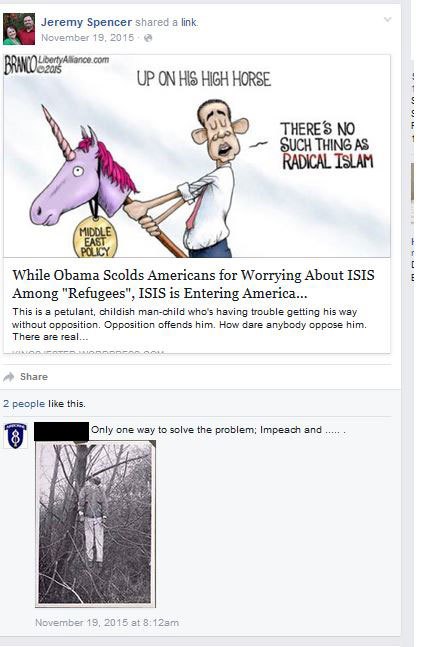 Freedom of speech does not provide freedom from consequences. Richard Woods must fire Jeremy Spencer to make sure it’s clear Georgia’s Department of Education does not tolerate hate speech from anyone who leads our children.