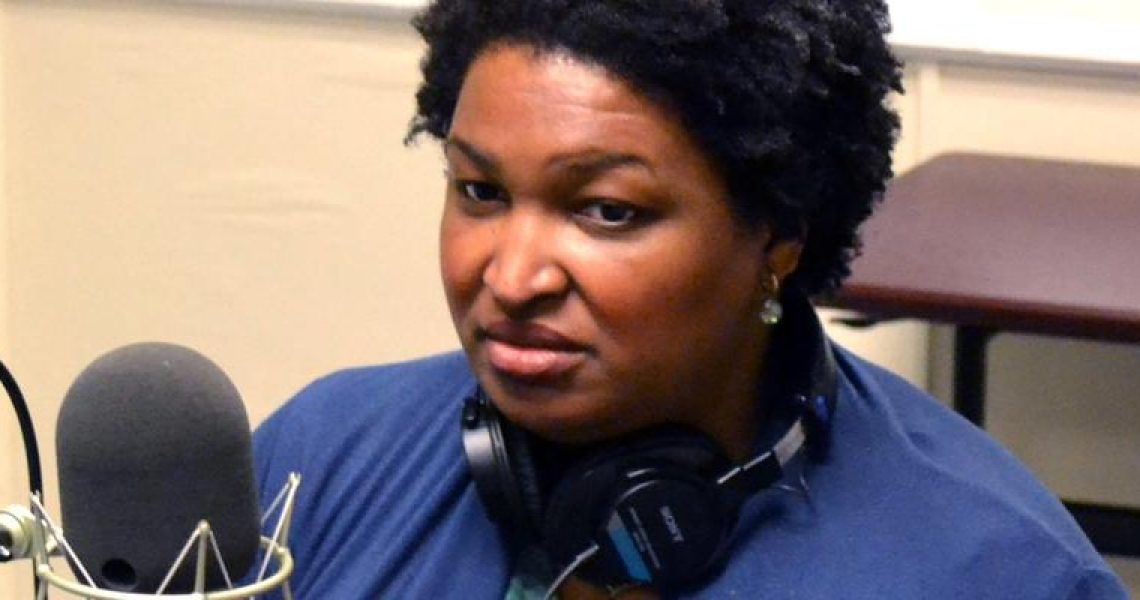 WABE Reporter Denis O’Hayer: Another education subject, and that is the Hope Scholarship, the Hope Grant. Some of the cuts which you worked on back during the recession have now been restored, at least as far as the Hope Grant is concerned, for technical education. After yet another record year for the lottery, are you in a position where you think we should restore some of the cuts to the Hope Scholarship, or can we do that without another source of revenue, like casinos.

House Minority Leader Stacey Abrams (D-Atlanta): My approach is that, if we decide to move in the direction of gaming, we should invest those new revenue in what I’m calling Hope II, which is a need-based program. Georgia’s children… Our college students need access to need-based aid. Georgia is one of a handful of states that does not provide state-funded, need-based aid, in part because that’s what the Hope Scholarship was originally designed to be, but we moved away from need-based and towards merit-based, which means we left thousands of kids behind. These are students for whom $5,000 can be the difference between whether they complete college or not, and I think that has to be our directive, and that has to be our mission, and that’s the place where I’m gonna focus my energies.

WABE: So would you and the Democratic caucus say this would be a condition of any support of casino gambling?

Abrams: Absolutely. I’m gonna ask my caucus to stand with me and we’ve had these conversations already.

WABE: Do you have them all in line? What are the odds?

Abrams: There’s no… No, no, no. The conversation is not, “Do you have people in line?” It is, “Do they believe this to be true?” My job as leader is not to put people in line, my responsibility as leader is to present legislative options and to say, “Here’s the best way for us to serve our constituents together,” and to a person, my caucus members have said they agree. I believe that you will be hard-pressed to find a Democrat who doesn’t think that need-based aid is an important part of how we help our students in the State, and I would say that this is not a partisan issue. I know that Senator Fran Millar has talked about need-based aid as well, that there are others who are talking about this and thinking about this. Need-based aid is the next frontier for Georgia, because we have too many college students who do not complete their education, and if we want to be an economically viable state, we have to get students through college, and that means we have to provide need-based aid.

Abrams: I think that need-based aid should get the bulk of, if not the entirety of revenue; however I think the secondary investment needs to be in pre-K. I think before we move back towards any merit-based system, we have to focus on those students who have the greatest need. Casinos draw revenue from very specific communities, and there are consequences for having gaming, and we as a state accepted that long ago when we did Hope the first time, and so, I think it’s disingenuous to re-litigate that debate, but I do think it’s always critical for us to recognize that when new revenue comes into the state, it needs to go to the places where it will do the most benefit, and we know as a state, and again this is bipartisan, we know that college education and pre-K investment are two highest returns on investment, and if we have a new source of revenue those should be our primary responsibilities.

WABE: Would casinos be a reliable enough revenue stream for that if you’re talking about years and years down the road? In other words, certainly you’d have a lot of interest, perhaps a lot of revenue coming in at first, but if you get more competition from other places, we already have North Carolina, we already have Alabama, are you confident that the needs of the children who would get this money could be met with casinos permanently?

Abrams: I reject the idea that any politician has a permanent solution to any problem. Our responsibility is to be responsive to the will of our constituents and to make the best decisions with the information in front of us. The Hope Scholarship began with the notion that lotteries could fund education. We found in 2010 that it could do a lot, but it couldn’t do everything, and that’s why I was very proud to work closely with the Republicans and with Governor Deal to figure out ways to preserve the Hope Scholarship, but also to extend support to those students who would have been left behind with those changes; likewise with casinos with para-mutual betting, the mission will be to serve as many students as we can to the greatest extent possible, recognizing that we as a state will have a constant obligation to continue to meet our responsibilities.

WABE: Quick final thought on this though: In working for a needs-based component to the casino revenue that might come if a bill passes, are you saying, “Okay, we will not put on any drive to restore the Hope cuts because of increased revenue to the lottery”?

Abrams: I think the lottery is situated to appropriately fund the Hope Scholarship as it’s currently situated. A number of the kids who are…

WABE: A lot of those kids are running into increased costs.

Abrams: And that’s my point. A number of the students who are facing challenges would be benefited by need-based programs, and so the solution to the Hope crisis… And I think we’re not quite at a crisis level, but the solution to the Hope deficit is to provide support where it’s actually needed, and where it’s needed is for those students who need additional funding to stay in school, and that’s why focusing those revenues exclusively on that need is critical to me.

WABE: This is one area where the Democrats could actually put together enough votes to influence what happens because you’ve got a constitutional amendment involved here which takes a two-thirds majority.

Abrams: It is a good thing that we have 61 members, yes.

WABE: Just to be clear then for you, and for the Democrats, need-based funding from casino revenue is a condition of your support for a casino amendment.

Abrams: It is a critical part of our conversation about casino gambling.

WABE: Given that this is an election year, on education, on the Hope Scholarship, on casinos, do you think any of that will get done this year?

Abrams: Prognostication is a difficult thing, and I try not to engage.

WABE: But you’re not… To coin a phrase, you’re not betting on it?

WABE: You’re not saying anything either.

Abrams: I will say this Dennis: I have been here… This is my 10th year in the legislature. If I had the ability to predict what would happen, I would be a very, very wealthy woman and we wouldn’t need casinos.