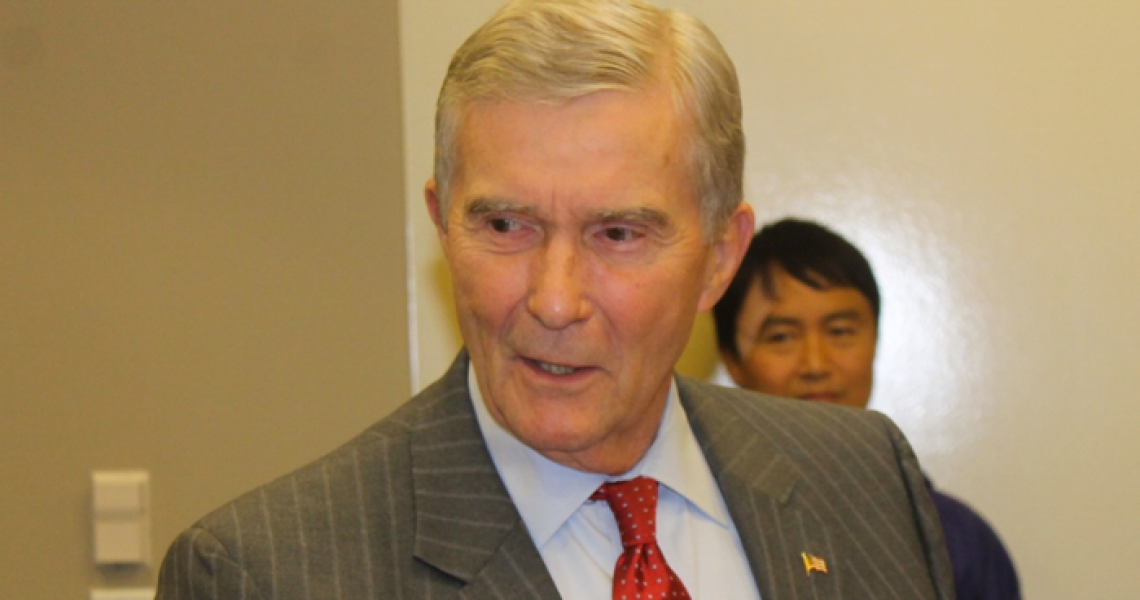 “A law unto themselves”

Last week proved to be a terrible week for Sen. Josh McKoon, Rep. Sam Teasley and their proposals to re-write Georgia law to include government-sanctioned discrimination.

And it looks like this week will be even worse for the two lawmakers, as former Republican Attorney General Michael Bowers steps forward to condemn their dangerous bills.

Former AG, Anti-Gay Champion Says Bill Will Be an Excuse for Discrimination

On Saturday, the Atlanta Journal-Constitution broke the news that Republican Michael Bowers, Georgia’s Attorney General for 16 years, will give a “stinging condemnation” of the religious “freedom” bills.

Bowers will testify that “this legislation will be an excuse to practice invidious discrimination.”

Bowers says McKoon and Teasley’s legislation would “permit everyone to become a law unto themselves in terms of deciding what laws they will or will not obey, based on whatever religious tenets they may profess or create at any given time.”

Bowers’ “stinging condemnation” of these proposals is important because he is a staunch conservative who spent much of his career fighting against LGBT equality.

He even took a Georgia case with his name on it – Bowers v. Hardwick — all the way to the U.S. Supreme Court to make sure “homosexual sodomy” was a criminal offense. The Bowers decision stood for 17 years.

And Bowers once took back a job offer to a lesbian for an assistant attorney general position because she planned to have a same-sex marriage ceremony with the blessing of her Jewish faith.

The condemnation from Bowers followed an already bad week for the lawmakers.

But for some reason, Sen. Josh McKoon blocked an amendment to his religious “freedom” bill that may have done both.

We don’t know why Sen. McKoon rejected the common sense amendment from a member of his own party — from his own committee vice-chair — but we do know what happened next.

Sen. McKoon refused to budge. He stood his ground for the most extreme version of his bill.

And then Republicans and Democrats joined together to vote “NO.”

McKoon’s signature piece of legislation was tabled in his own committee.

Georgia’s Businesses Should Speak Out

But this year, they’ve been silent.

By adding your signature to this petition, you will send a clear signal to these business leaders that it’s time for them to speak up to oppose this law for a second time.

We have a long battle ahead to make sure that our children are safe and that religion can’t be used as an excuse for discrimination.

Join us today to stand up against discrimination!

Make no mistake, the minority of Georgians who insist that they should be able to use their religion as a license to discriminate, are well-funded and vocal. They are lashing out at anyone who dares to stand up against discrimination and for the safety of our children.

We can’t allow the radical right wing fringe to drown out the voices of common sense Georgians. That’s why we’ve worked together to make sure lawmakers in both parties got the message that the McKoon-Teasley bills aren’t just unnecessary — they are down-right dangerous.

Tell Georgia’s business community that NOW is the time to send a strong, simple message to our legislators: Laws that open the door to discrimination are bad for business and bad for Georgia.